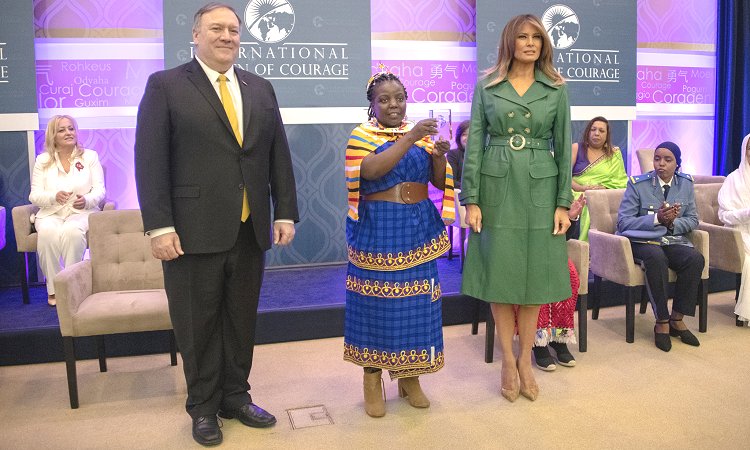 Washington, DC:  Anna Henga, Executive Director of the Legal and Human Rights Centre (LHRC), has dedicated her entire professional career to advancing human rights in Tanzania with a particular focus on women and children. Her efforts were recognized on March 7 as a recipient of the 2019 International Women of Courage Award, during an award ceremony in Washington, DC, hosted by U.S. Secretary of State Mike Pompeo and First Lady Melania Trump

Now in its 13th year, the Secretary of State’s International Women of Courage Award recognizes women around the globe who have demonstrated exceptional courage and leadership in advocating for peace, justice, human rights, gender equality, and women’s empowerment.  Since the inception of this award in March 2007, the U.S. government has recognized more than 120 women from more than 65 different countries.

Anna Henga is the second Tanzanian to receive the International Women of Courage award, following in the footsteps of Vicky Ntetema, who received the award in 2016.