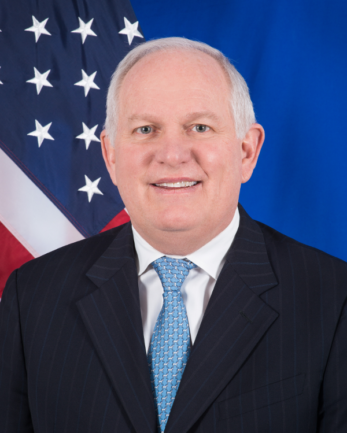 As Director of ODPHP (2012-2020), Dr. Wright led Healthy People 2020, a framework for national public health priorities which included a comprehensive set of ten-year national health objectives, the Dietary Guidelines for Americans, the Physical Activity Guidelines for Americans and national action plans to address adverse drug events and health care-associated infections. He represented the United States as the U.S. delegate to the World Health Organization Executive Board. During his tenure as Medical Director for the Office of Occupational Medicine at the Occupational Safety and Health Administration (OSHA), he was a member of the National Cancer Institute Advisory Board.

Over the course of his career, Dr. Wright has been at the forefront of efforts to improve public and population health in the U.S., including disease prevention, health promotion, healthcare delivery, healthcare quality, occupational health, emergency preparedness, healthy aging, and the elimination of health disparities. His has also played a leading role in efforts to enhance community and hospital emergency preparedness for natural disasters, acts of terrorism, and pandemic influenza.

Prior to entering government service, Dr. Wright was a dedicated clinician in both family medicine and occupational health through his nearly two decades of extensive clinical practice and occupational medicine consultancy in Central Texas.

Dr. Wright received his Bachelor of Science in Zoology from Texas Tech University, a Medical Degree from the University of Texas and a Master of Public Health from the Medical College of Wisconsin. He completed his family medicine residency training at Baylor College of Medicine and has been board-certified in both Family Medicine and Preventive Medicine/Occupational Health. A native of Texas, Ambassador Wright and his wife currently live in Dar es Salaam, Tanzania.