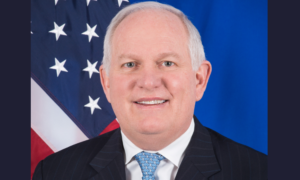 I first came to Tanzania over 30 years ago to volunteer as a doctor, and that experience instilled in me a deep and lasting affection and respect for Tanzania and the Tanzanian people. It was the greatest honor of my life to be given the opportunity to come back all these years later to serve as the U.S. Ambassador to Tanzania. Since my arrival in August, I have seen first-hand and spoken about how U.S. assistance is improving the lives of ordinary Tanzanians, and how increased cooperation and trade will benefit both our peoples.

The bond between the United States and Tanzania dates back to the earliest days of independence, when President Kennedy’s friendship with Mwalimu Nyerere formed the foundation of an enduring partnership based on mutual respect and understanding, with the well-being and prosperity of both of our people at its core.  In support of that goal, the United States will contribute more than $546 million to Tanzania’s economic and social development in 2020, and it has contributed more than $7.5 billion in assistance over the past 20 years, much of that to improve the Tanzanian people’s health.  The U.S. government also proudly invests in the people of Tanzania through our support for the participation of the country’s talented youth in exchange programs like the Young African Leaders Initiative. Moreover, the U.S. private sector has invested in Tanzania as well, creating jobs for Tanzanians and mutual prosperity for both of our countries.

At the same time as I have promoted the importance of trade and investment, I have also been vocal about the importance of fundamental freedoms, human rights, and democratic processes – including free, fair, and credible elections – as critical foundations of sustainable development.

Calling for free, fair, and credible elections is not meddling in Tanzania’s politics, it is simply standing up for the simple yet fundamental aspiration shared by all people, Americans and Tanzanians alike: to have their voices heard, especially when it comes to choosing who will lead and represent them.

I want to be very clear on this point:  the United States does not support a candidate, or a political party, in this election campaign.  The United States’ overarching interest in this election is that it be free, fair, and credible, and that the results reflect the will of the Tanzanian people as expressed at the ballot box.  That is truly the purest expression of democracy.

To my dismay, I have seen and heard reports of government and security representatives disrupting and preventing candidates’ ability to campaign freely.  As we get closer to election day, the pace and severity of these disruptions is quickening and deepening.  We have seen political violence, restrictions on media, and a candidate certification process that, by all appearances, gave a clear advantage to the ruling party.  Already, we are hearing reports of officials denying poll watchers the ability to do their jobs.  Taken together, these developments paint a picture of an electoral process that does not provide a level playing field.

Luckily, there is still time to ensure a more transparent process on October 28.  Transparency leads to credibility.  One way to promote a transparent election process is to allow independent observers to witness the election and have the freedom to express what they observe.  Election officials can go far in restoring faith in the electoral process by ensuring that polling station results are posted publicly, that all party polling agents are sworn in, given access to polling stations and tallying centers nationwide on election day, and provided copies of tallying sheets at the end of the ballot count.  As U.S. Supreme Court Justice Louis Brandeis wrote, “sunlight is the best disinfectant.”  In other words, government and election transparency can ensure a more credible electoral process.  The United States has a long-standing tradition of inviting international observers to our elections, and we welcome them again this year.

I am concerned that if election officials do not take these steps, Tanzania’s democracy will lose credibility in the eyes of the international community.  More important, the declared winner may lack legitimacy in the eyes of Tanzanians themselves.