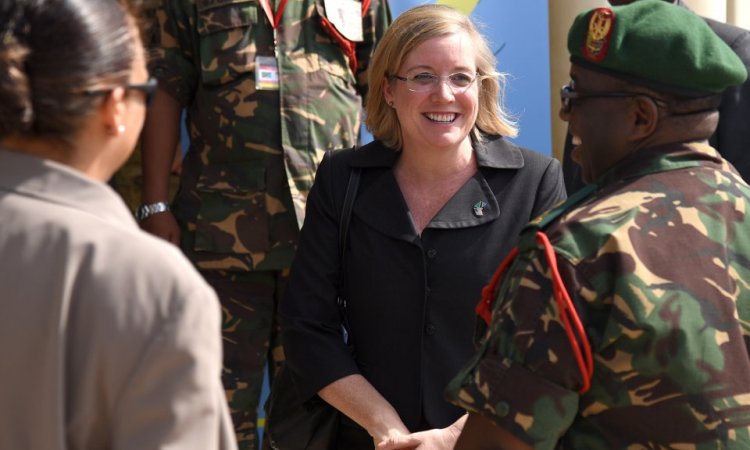 U.S. Deputy Chief of Mission in Tanzania, Virginia Blaser, meets with Eastern Accord 2016 participants during a distinguished visitors tour, July 21, 2016.