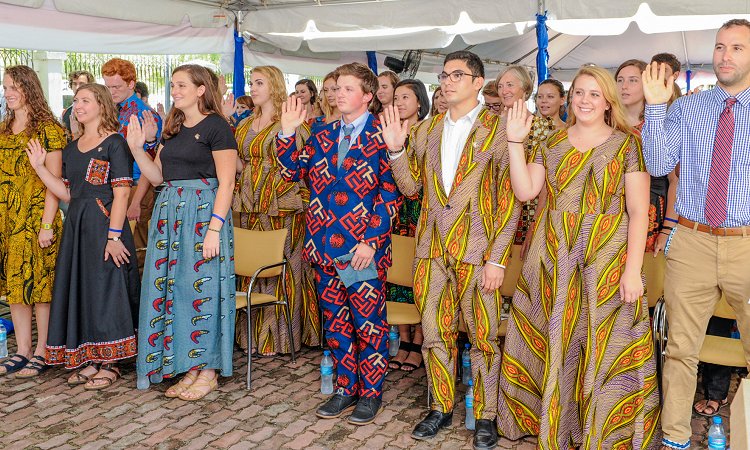 Guest of honor Dr. Leonard D. Akwilapo, the Permanent Secretary, Ministry of Education, Science and Vocational Training attended the swearing-in ceremony, along with current and former Peace Corps Volunteers and officials from partner volunteer agencies. Chargé d’Affaires Patterson addressed the volunteers, saying: “While there is a possibility that you may be the first American with whom your Tanzanian colleagues or neighbors have met, it is a certainty that you will remain forever in the minds of those Tanzanians as a representative of the American people.”

Over 2,500 Peace Corps Volunteers have served in Tanzania since 1961.  The Peace Corps provides trained American volunteers who work with communities in the fields of secondary education (math, science, and English), health promotion, and environmental education.