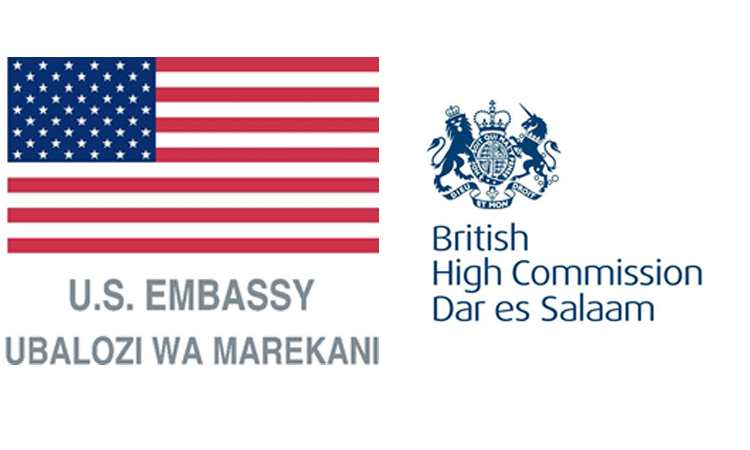 The text of the following statement was released by the Embassy of the United States and the British High Commission.

The U.S. Embassy and the British High Commission are deeply concerned about the steady erosion of due process in Tanzania, as evidenced by the ever more frequent resort to lengthy pre-trial detentions and shifting charges by its justice system.  We are particularly concerned about a recent case — the irregular handling of the arrest, detention, and indictment of investigative journalist Erick Kabendera, including the fact that he was denied access to a lawyer in the early stages of his detention, contrary to the Criminal Procedures Act.

We urge the Government of Tanzania to guarantee due process to each of its citizens, which it has recognized as a basic human right as signatory to multiple UN Human Rights Conventions, among them the International Covenant for Civil and Political Rights.