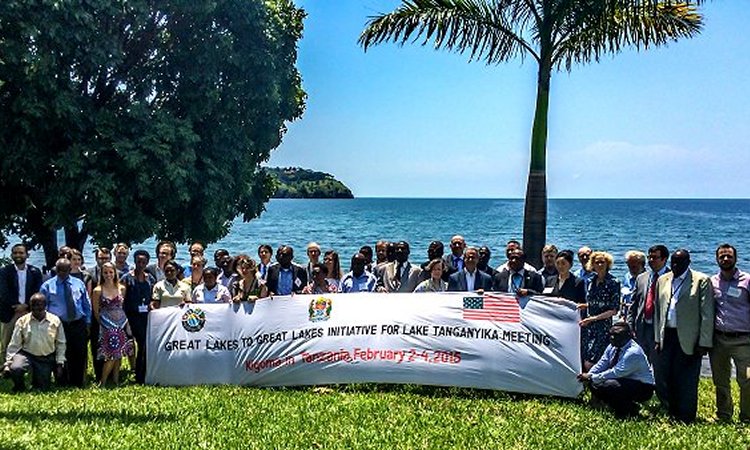 Over three days on the shore of Lake Tanganyika in Kigoma, Tanzania, scientists, academics and policymakers from the United States and Canada engaged in an in-depth exchange with colleagues from countries around one of the African Great Lakes‎, Lake Tanganyika, including Burundi, DRC, Rwanda, Tanzania, and Zambia. ‎

Through presentations and break-out sessions, conference attendees discussed the challenges involved in the management of the North American and African Great Lakes including:

Special Envoy Feingold remarked, “This tremendous exchange is one example of the positive benefits of strengthened cooperation between the countries of the African Great Lakes region, as well as a rare opportunity to learn from each other about our respective approaches to key environmental issues.”

Participants in the conference worked together to‎ identify priority areas for further collaboration. Future sessions of the “Great Lakes to Great Lakes Initiative” are expected to focus on these topics, as well as on other African Great Lakes.

Susan Hedman, Great Lakes National Manager for the U.S. Environmental Protection Agency, opened the conference by emphasizing “the scale of the resource management challenges in the North American and African Lakes systems, which hold almost half of the earth’s surface freshwater resources.”

In early 2012, Burundi, DRC, Rwanda, Tanzania, and Zambia adopted a multi-lateral strategic action plan to protect biodiversity and sustainable development of natural resources in the Lake Tanganyika basin. Lake Tanganyika is the largest of the African Great Lakes. Later that year, the U.S. and Canada updated the Great Lakes Water Quality Agreement, which has governed bi-national management of the North American Great Lakes since 1972.‎

Jean-Marie Nibirantije, the Director of the Lake Tanganyika Authority, emphasized the importance of confronting threats to biodiversity and sustainable use of the lake’s resources: “Discussions with experts from the North American Great Lakes allowed us to understand that many of the problems we are facing are shared by our colleagues.  This initiative has given new hope for a sustainable partnership to find new solutions.”