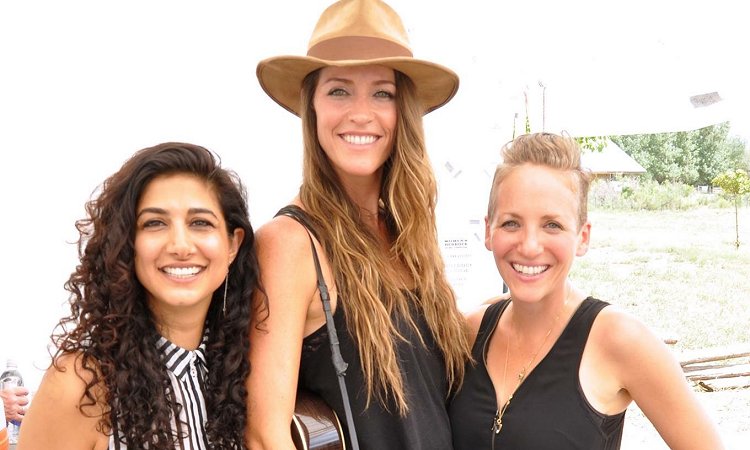 Pictured in the photo from left to right are: Mona Tavakoli, Chaska Potter, and Natalia Zukerman.

Dar es Salaam, TANZANIA.  The U.S. Embassy in Dar es Salaam is proud to host renowned American folk and blue grass musician Natalia Zukerman and her ensemble for a robust musical program from February 7-12.  Sponsored by the U.S. Department of State as part of the American Music Abroad initiative, the ensemble’s visit to Tanzania marks the first in a four-country tour that includes Zambia, Mozambique, and Malawi.

To kick off their visit, the ensemble’s three members will conduct a workshop at the Bagamoyo Institute of Arts and Culture (TaSUBa) on February 8, collaborating with musicians from the Bagamoyo community.  The workshop will culminate in an afternoon concert, featuring a joint performance by the ensemble and workshop participants.

Zukerman and her ensemble will also conduct master classes over the course of several days at Music MayDay, the first non-governmental training center for music and dance in Dar es Salaam.  The ensemble will cap off its visit with a collaborative performance for invited guests at the National Museum of Tanzania.

Raised in New York City, Natalia Zukerman is the daughter of classical musicians Eugenia and Pinchas Zukerman.  She studied art at Oberlin College in Ohio and now resides in Brooklyn, NY, where she writes, plays music, and paints.  Since 2001, Zukerman has released six studio albums and one live album, entitled Gypsies & Clowns.

American Music Abroad artists represent a new generation of musical ambassadors, reaching beyond concert halls to interact with other musicians and citizens around the globe. Each year, approximately ten ensembles of American roots music in different genres are selected to embark on a month-long, multi-country tour, where they engage with international audiences through public concerts, interactive performances with local musicians, lectures and demonstrations, workshops, jam sessions, and media interviews.  American Music Abroad bands have traveled to more than 100 countries around the world since 2011.