“PEPFAR is the single largest contribution that the United States has made to fighting a single disease – it is our government’s translation of US taxpayer dollars into compassion and hope for those in despair and dying across the globe.”

About PEPFAR
The American people, through the U.S. President’s Emergency Plan for AIDS Relief (PEPFAR), support the fight against global AIDS through bilateral and regional programs in 65 countries. As a result, the U.S. has supported life-saving treatment for 11 million men, women, and children worldwide to date. It is the largest commitment by any nation in history to combat a single disease internationally.

PEPFAR Tanzania
1.38 million Tanzanians are estimated to be living with HIV and AIDS. Since 2004, PEPFAR has supported the Government of Tanzania (GOT) in the areas of HIV and AIDS, care and treatment, prevention, impact mitigation, and health systems strengthening. Supported programs aim to achieve epidemic control by focusing on high impact, efficient interventions within populations and areas with elevated HIV prevalence rates. 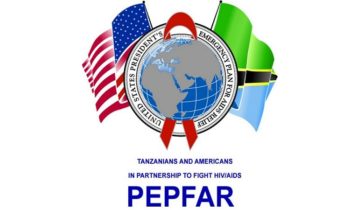 PEPFAR implements its programs through:

Learn about the Ambassador’s Fund for HIV/AIDS Relief here: http://tz.usembassy.gov/education-culture/ambassadors-community-grants-program/