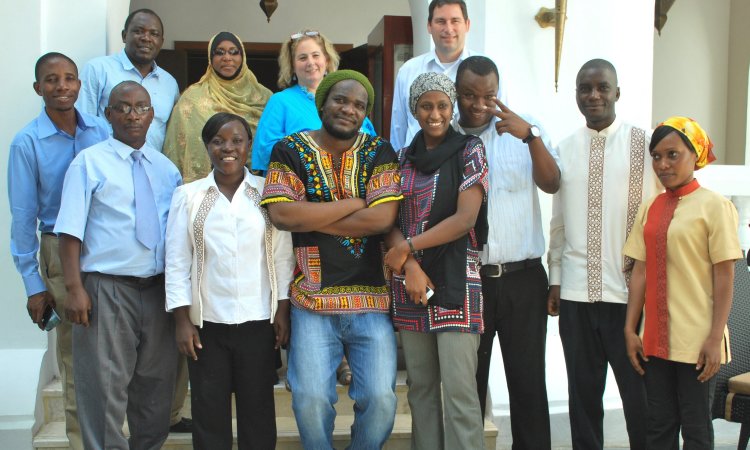 Stone Town, Zanzibar — A documentary on voluntary male circumcision (VMMC) in Tanzania premiered at the 2014 Zanzibar International Film Festival on Sunday. The short film showcased how Tanzania is successfully scaling up VMMC services, with the potential to avert more than 3 million future HIV infections in the country. The film was funded by the U.S. President’s Emergency Plan for AIDS Relief (PEPFAR) through the United States Agency for International Development (USAID).  Produced by filmmaker Lisa Russell and narrated by Tanzanian Hip-Hop icon FID Q, “It’s About the People: Tanzania’s VMMC Program Gets It Right” documents how Tanzania’s Ministry of Health and Social Welfare, partners, and communities are contributing to creating an AIDS-free generation.

To highlight challenges and opportunities posed by the VMMC scale up, the film follows the story of 34-year old Yohana and his family, who live in the highly HIV-affected region of Njombe.  The family has lost many loved ones and neighbors to AIDS.  Yohana and his wife chose VMMC after hearing promotional radio ads.  After being circumcised, he brought his 10 year-old son, Alpha, in for VMMC services.

Yohana and his son are two of the hundreds of thousands of men and adolescents who have benefitted from VMMC campaigns implemented in Njombe and neighboring Iringa regions.  The program, which began in 2009, is implemented by USAID’s Maternal and Child Health Integrated Program (MCHIP) led by Jhpiego in partnership with the Tanzanian Ministry of Health and Social Welfare.  In 2007, the World Health Organization and UNAIDS endorsed male circumcision as an effective HIV prevention strategy in regions with high HIV infection and low male circumcision prevalence.  Njombe and Iringa fit these criteria perfectly.  In the last five years, more than 1 million VMMCs have been provided.  Tanzania is rolling out a national campaign with the goal of circumcising another 2.1 million boys and men in 12 regions by 2017.

When scaled up rapidly VMMC is an effective HIV-prevention strategy that reduces female-to-male HIV transmission by approximately 60 percent.  Decreasing the number of men with HIV also reduces women’s risks of coming into contact with a HIV positive man.

Used in combination with other HIV prevention measures including using condoms, partner reduction, and abstinence, VMMC is an important addition to men’s HIV-prevention options.  In addition to lowering the risk of becoming infected with HIV, male circumcision also improves hygiene and reduces the risk of contracting other sexually transmitted infections, such as Human Papilloma Virus, which can cause penile cancer in men and cervical cancer in women.  In Tanzania, VMMC services are part of a prevention package which includes optional HIV testing, STI screening, HIV risk reduction counseling, safe medical male circumcision, and follow up reviews.

VMMC is one of three key HIV interventions for an AIDS-free generation implemented by the Ministry of Health and Social Welfare with support from PEPFAR.  The others interventions include prevention of mother-to-child transmission of HIV and increasing the number of HIV-positive individuals receiving care and treatment services.