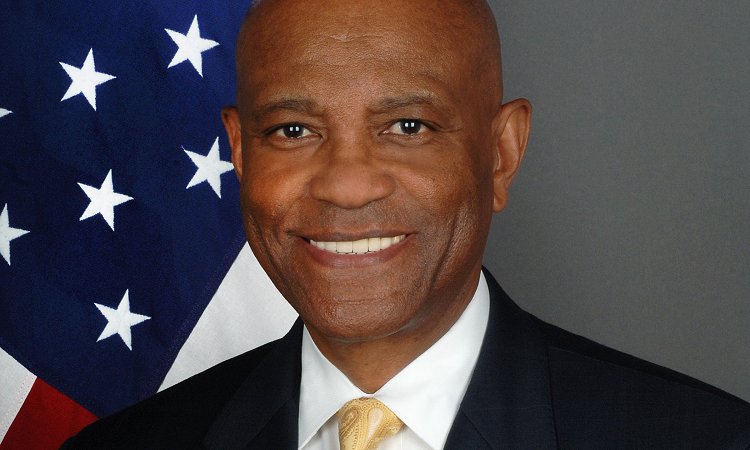 Ten years ago in 2003 the world was in the midst of an AIDS pandemic and Africa was the epicenter. Nearly 30 million people had the AIDS virus, including 3 million children and over 8,000 people were dying every day. In Africa, AIDS was wiping out an entire generation. The American People saw the need and answered the call with the creation of the U.S. President’s Emergency Plan for AIDS Relief (PEPFAR) which is the U.S. Government’s initiative to support partner nations around the world in responding to HIV and AIDS. It is the largest commitment by any nation in history to combat a single disease internationally and, since PEPFAR’s inception, Tanzania has received more than $2.2 billion from the U.S. Government in the fight against HIV and AIDS. America’s overall partnership with Tanzania was never more evident than the historical moment this month when President Obama and former President Bush were both in Tanzania.

In its early years, PEPFAR faced a daunting task, 30 million people were infected, and there was no cure.  In many countries healthcare systems were overwhelmed by the disease so the U.S. needed to work with partner countries to increase their capacity to take care of their own people. This unparalleled mobilization of resources, both human and financial, strengthened healthcare systems and with the introduction of free ARVs, people who would have died just a few months earlier not only survived, they got better. Studies also revealed that heterosexual HIV-infected individuals who received ARVs much earlier – as soon as they had been diagnosed – were 96% less likely to transmit the virus to their HIV-negative sexual partners. Consequently as more people are on ARVs, the rate of new infections will decrease.

In fiscal year 2012, this mobilization of the healthcare system is reflected in the massive increase of individuals who have sought HIV testing and counseling which rose from an estimated 105,000 in 2004 to more than 3.37 million in 2012; and PEPFAR directly supported more than 1.2 million people in Tanzania with care and support programs, including more than 526,000 orphans and vulnerable children.

These are not just statistics, they represent lives saved, and hope renewed for millions of families and communities. A decade ago, almost no one in Africa was receiving treatment. Tatu Msangi, a nursing officer at Kilimanjaro Christian Medical Center in Tanzania, who attended the PEPFAR 10th anniversary ceremony in Washington DC, had discovered in 2004 she was both pregnant and HIV-positive. Msangi was one of the first participants in Tanzania treated with the drugs that prevent mother-to-child transmission of HIV and she gave birth to a healthy HIV-free daughter she named Faith.

In 2013, the United States directly supports the prevention of mother-to-child transmission programs which have allowed more than 1.1 million pregnant Tanzanian women to be reached with HIV testing and counseling.

Today, scientific advances and their successful implementation have brought the world to a tipping point in the fight against AIDS. By this, I mean the point at which the number of new patients on antiretroviral treatment exceeds the number of people who are becoming infected. In the past year, a remarkable seven countries in sub-Saharan Africa have reached this tipping point — and many others will do the same in the next few years if we continue to strengthen and sustain our efforts. By rapidly scaling up proven HIV interventions, we are getting closer than ever before to ending the pandemic. On June 18, 2013 Secretary of State John Kerry announced:

“I am honored to make a very special announcement today, an announcement that we could literally only have dreamed about 10 years ago. Thanks to the support of PEPFAR, we have saved the one millionth baby from becoming infected with HIV. That is a remarkable step.”

Our success so far gives us great optimism, but the job is far from finished. According to UNAIDS, an estimated 1.7 million people are dying annually from AIDS-related causes. Moreover, global health and development resources are being squeezed due to tough economic times. While we cannot gloss over these challenges, the opportunity before us is extraordinary, and we must seize it. To do so, we need the continued commitment and leadership of partner countries, reinforced with support from donor nations, civil society, people living with HIV, faith-based organizations, the private sector, foundations and multilateral institutions.

The United States believes that by making smart investments based on sound science and a shared global responsibility, we can save millions of additional lives and achieve an AIDS-free generation. The PEPFAR Blueprint released in Dec 2012 is our promise—and our challenge—to the world. It reflects lessons learned from more than ten years of experience with AIDS-related programs as well as our ongoing commitment to support countries in building sustainable health care systems that can deliver for the long term. The Blueprint attests shared responsibility as a crucial pillar, along with saving lives, smart investments, and driving results with science.  In this way, the Blueprint builds on the important steps taken by African leaders to take ownership in leading the response to their HIV epidemics, with the United States committed to supporting Africa along the way. Most of all, the Blueprint sends an undeniable message that the U.S. commitment to the global AIDS response will remain strong, comprehensive and driven by science. It clearly outlines how PEPFAR is helping, and will continue to help, to make an AIDS-free generation a reality in Tanzania and globally.

PEPFAR has demonstrated to the world some of the best of what America has to offer and because of that, millions of people are living healthy and dynamic lives. Over the past decade, PEPFAR and its many partners have created a better future for millions of men, women and children. Today, we can forge an AIDS-free future for an entire generation; Msangi’s eight year old HIV-free daughter Faith is all the proof you need that it is possible.

Alfonso E. Lenhardt is the Ambassador of the United States of America to the United Republic of Tanzania