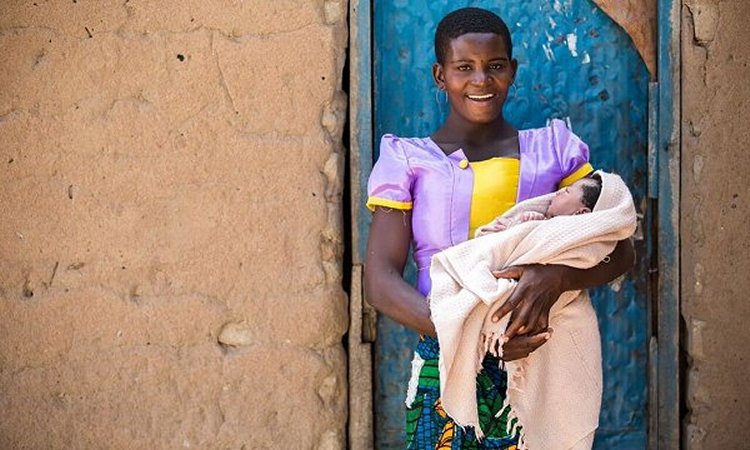 USAID and Vodafone are partnering to reach more mothers in rural Tanzania with emergency transport services so they can safely deliver their babies.

On March 2, representatives of the Government of Tanzania, U.S. Agency for International Development (USAID), the Vodafone Foundation, and other partners gathered in Sengerema to celebrate a pioneering new toll-free emergency line and ambulance taxi service that could help save at least 2,700 lives of pregnant mothers and babies in rural Tanzania each year.

In the country’s most remote regions, high-risk pregnant women have limited transport options to access critical hospital services that often make the difference between life and death for both mothers and babies. In response, USAID and the Vodafone Foundation have partnered to launch a service in Sengerema and Shinyanga districts that could help save around 225 women’s and babies’ lives each month. Similar to the 911 emergency line in the United States, this program connects pregnant mothers with a network of 100 taxi drivers who respond to emergency calls and take the women on a three-hour journey to reach the nearest hospital. Once women arrive safely at a hospital, the emergency taxi drivers are paid using Vodafone’s mobile payment service, M-Pesa. A trial of the taxi service late last year in a small area of Sengerema saved the lives of over 300 women and babies.

Previously, there was no way for pregnant women with serious complications (many of whom are teenagers) to get to a hospital in Sengerema and Shinyanga. Only about 10 ambulances service these expansive regions that are home to two million people, and the unmet need for emergency transport is one reason maternal and infant mortality rates there are among the highest in the world.

The new ambulance service is part of a broader program implemented by NGO partners Pathfinder International and Touch Foundation that has built a network of 250 community health workers in Sengerema and Shinyanga who have been taught Tanzania’s newborn and child health curriculum. More than 200 additional health workers have received training in life-saving emergency obstetric and newborn care and hospital facilities have seen improvements such as the construction of two new theaters for Caesarean sections and installation of solar suitcases that enable hospitals to conduct night deliveries. A mobile application, which lists more than 10,000 pregnant women and identifies those who are high risk cases, has also been developed for the community health workers.

Vodafone Foundation Director Andrew Dunnett said, “Our maternal health program is another example of the transformative power of technology. This pioneering new service will provide a much-needed lifeline for thousands of high-risk pregnant women in Tanzania without access to emergency healthcare.”

“We can all be proud of the progress that is in evidence today, yet much work remains to be done,” said USAID/Tanzania Acting Health Office Director Bethany Haberer. “Having achieved remarkable healthcare results in Sengerema, we need to consider the elements of this program that can be replicated, taken to scale, and sustained – all with increased support from the Government of Tanzania.”

Tanzanian Deputy Minister of Health Dr. Hamisi Kigwangalla said, “Maternity is not only a biological process, but a social one that should be a source of joy for families. Let me assure you that the Government of Tanzania will be at the forefront of collaboration and support of all stakeholders who are helping to improve the country’s health sector.”