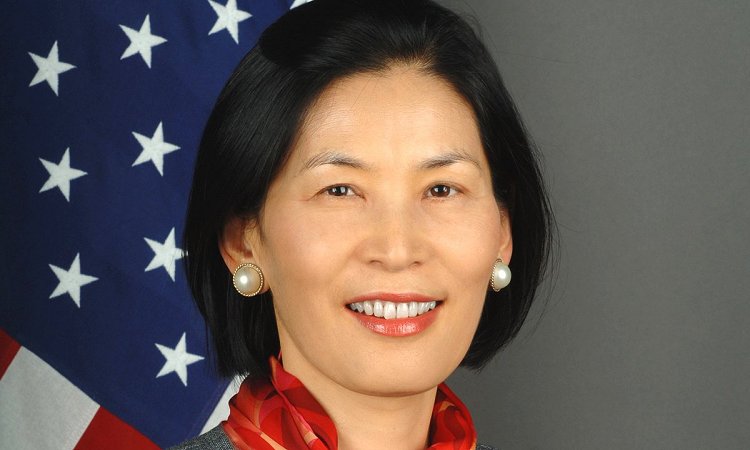 When President Kennedy announced the launch of this spectacular program, he stated with conviction that we will only send abroad Americans who are wanted by the host country–who have a real job to do–and who are qualified to do that job.

It is with this historical background in mind that I’m so proud to speak at today’s swearing in ceremony. Accompanied by representatives of the Tanzanian people, standing before this group of dedicated and capable professional teachers and the representatives of the schools that will host them, we see clearly that we remain ever faithful to President Kennedy’s vision for the United States Peace Corps.

Volunteers, through this program, you will affect change as much in the Tanzanians you work with as in yourselves. And while there is a possibility that you may be the first American with whom your Tanzanian colleagues or neighbors have met, it is a certainty that you will remain forever in the minds of those Tanzanians as a representative; an exemplar of the American people.

When I travel, I always insist on meeting with Peace Corps volunteers in the regions I visit. I find conversations with volunteers to be full of interesting insights, informed by an unsurpassed cultural awareness and local integration.  These meetings, like one I recently had with volunteers in Iringa province, are inspirational.

There will still be challenges; times when you will question the decision to give of yourself so fully; times when you may not want to shoulder the burden of representing an entire nation. When this happens, remember this moment.

Remember looking around at your fellow volunteers and knowing that you are not alone. When you take the oath today, you will join an august crowd of more than two-hundred-twenty-thousand former volunteers, many of whom are present in this mission and the American community here in Tanzania.

I’d like to ask any retired Peace Corps volunteers in the audience to stand now please. Thank you for coming today, for serving as a model and as inspiration for these new volunteers. For being a clear body of proof that while this experience changes you and the communities in which you serve, it undoubtedly does so for the better.