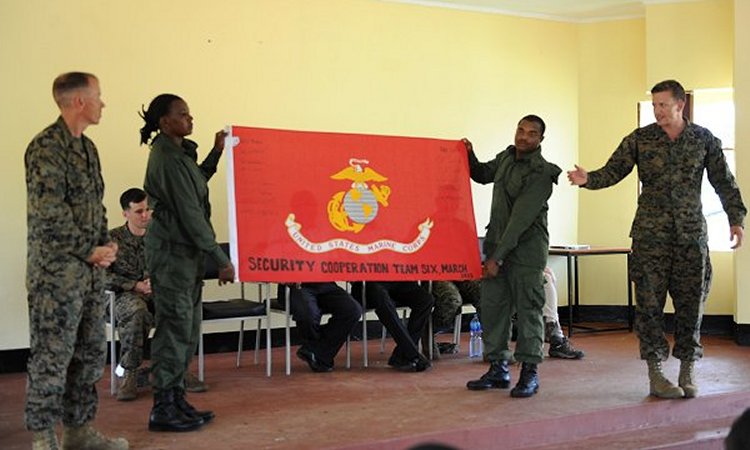 During her remarks, Chargé d’Affairs Blaser congratulated the Rangers for completing the rigorous training and urged them to use what they have learned to serve as leaders and role models as they work to protect Tanzania’s natural heritage.

In his remarks, Mr. Masalu said the training and knowledge gained was important to help fight wildlife trafficking, which globally has become more organized.  “This war will be possible by cooperating with our partners who have common interest with us like the United States of America.”

This was the first in a series of training events to help improve the capacity of the Rangers to combat illicit trafficking in the Selous Reserve.  Some of the specific training topics included weapons handling and safety, combat marksmanship, patrol movement formations, react to contact drills, first aid, mission planning, land navigation, vehicle maintenance, and fundamentals of offensive operations.  The training culminated with a three day “Field Training Exercise” consisting of 25 patrols covering over one hundred kilometers of the reserve.