Home Home | News & Events | The U.S. and Tanzania Recognize 20 Years of the Walter Reed Army Institute of Research in Tanzania 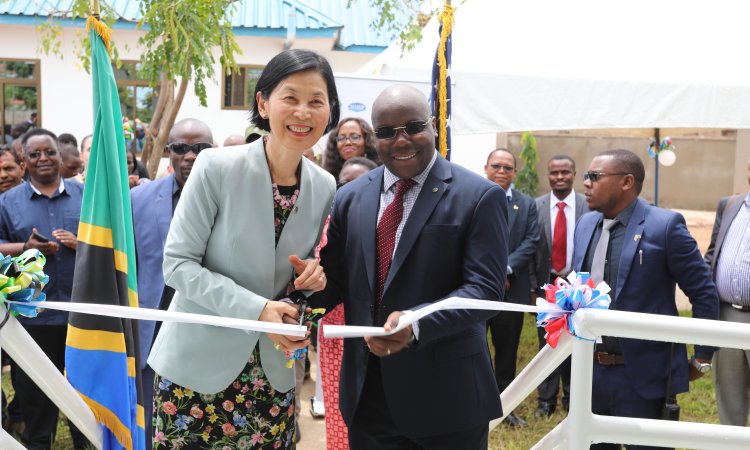 Dar es Salaam, TANZANIA. The Chargé d’Affaires of the United States Embassy in Tanzania, Dr. Inmi Patterson, commemorated the 20th anniversary of the Walter Reed Army Institute of Research (WRAIR) in Tanzania on Friday, December 6 in a ceremony alongside Katavi Regional Commissioner, Mr. Juma Homera, in Mpanda, Katavi region. As part of the commemoration, Chargé Patterson dedicated a new U.S. government-funded hospital laboratory that will strengthen the diagnostic capacity of the Katavi Region’s health system.

“When the U.S. government through PEPFAR and the Government of Tanzania began their work, 110,000 Tanzanians were dying each year in the AIDS epidemic. In 2004, less than 1000 Tanzanians with HIV were being treated with life-saving antiretroviral treatment.  Had it not been for our joint efforts, this HIV epidemic would have continued to devastate towns, villages, and families across the country. But today, the U.S. government supports over 1.2 million people with HIV with life-saving Anti-Retroviral Treatment.” said Chargé d’Affaires Patterson.

As a member of the United States’ President’s Emergency Plan for AIDS Relief (PEPFAR), Walter Reed administers comprehensive HIV prevention, care and treatment programming in health care settings throughout the Southern Highlands, as well as to hospitals and clinics operated by the Tanzanian People’s Defense Forces.  WRAIR provides life-saving HIV treatment to more than 235,000 Tanzanians, in addition to contributing to medical research on HIV, Ebola, Malaria, Influenza and Tuberculosis to improve and save Tanzanian lives.