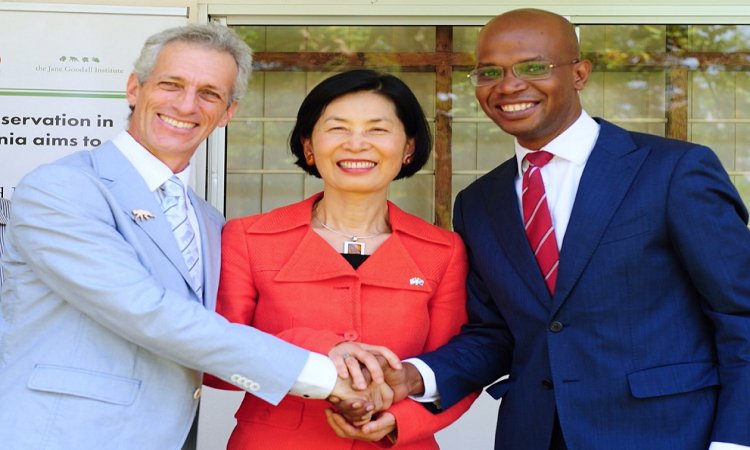 This new program supports the people of Kigoma and Katavi Regions, as well as the local government, in implementing land use plans that will affect a total of 104 villages.

The Landscape Conservation activity is designed to protect the environment while also supporting more productive livelihoods, such as coffee production and ecotourism, for local citizens. The Jane Goodall Institute will work closely with communities to encourage more sustainable land management practices and promote environmental education, using such platforms as the Jane Goodall Institute’s very successful Roots and Shoots programs.

Additionally, as part of this grant, the Institute will continue its work with the Government of Tanzania to create more robust systems for monitoring chimpanzee populations, both inside and outside protected areas.