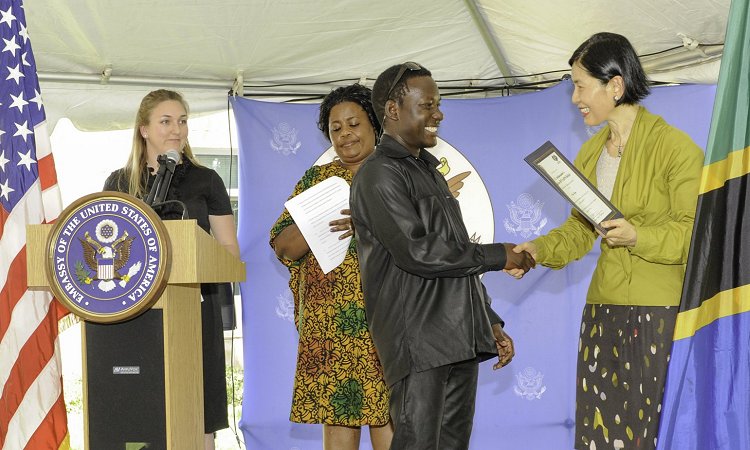 The grant recipients applied for the funding – which comes from the U.S. President’s Emergency Plan for AIDS Relief (PEPFAR) – by proposing projects that will help achieve epidemic control in their local communities by focusing on people living with HIV, widows, caretakers, and key and vulnerable populations, including orphans and vulnerable children (OVC) and adolescent girls and young women.

Many of the projects, listed below, seek to improve access to clean water, sanitation, electricity, and other necessities at schools and health facilities. Other projects will expand income-generating activities – such as milling and bricklaying – to create jobs and raise additional funds for vulnerable members of the community. Together, these projects will support education, healthcare, and economic development in Tanzania.

Each of these projects demonstrates an exemplary grassroots, bottom-up approach, in which local communities identify their own problems and come up with their own solutions. The United States is proud to partner with these Tanzanian problem-solvers.

The Ambassador’s Fund for HIV/AIDS Relief (AFHR) started in 2009 and has previously provided grants to 93 community groups in Tanzania. This program continues the strong tradition of U.S.-Tanzania citizen partnership.