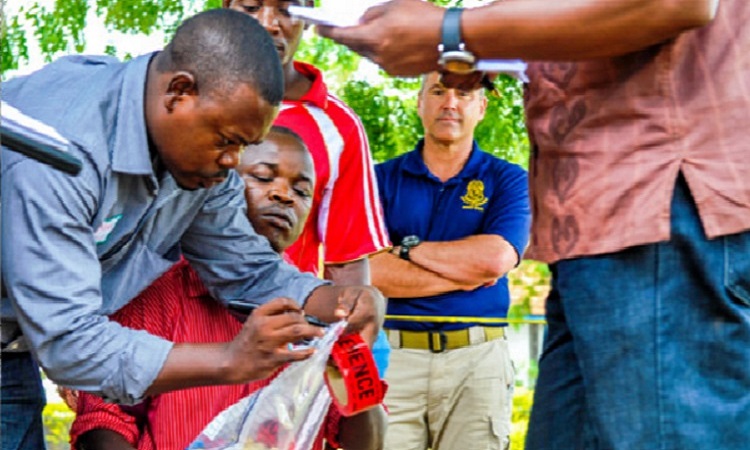 Training participants included members of the Government of Tanzania’s National and Transnational Serious Crimes Investigation Unit (NTSCIU), the Tanzanian Police Force, and the Office of the Director of Public Prosecutions (DPP), as well as investigators from the Wildlife Division of the Ministry of Natural Resources and Tourism, and other wildlife management officials.

Based on standard crime scene investigation practices, the course taught participants how to approach a wildlife crime scene, and provided training in evidence collection, maintaining the chain of custody, and documentation, among other areas.

The Wildlife CSI Course represents one part of a larger and comprehensive USG wildlife anti-trafficking initiative.  The course, which was also conducted in Uganda from November 28-December 2, was developed after the U.S. Department of Interior’s International Technical Assistance Program conducted a wildlife trafficking assessment in 2015 and identified the need to institute crime scene management practices in East Africa.

The non-governmental organization PAMS Foundation assisted with implementing the project on the ground, and previously funded the same course, along with FWS, in May 2016.