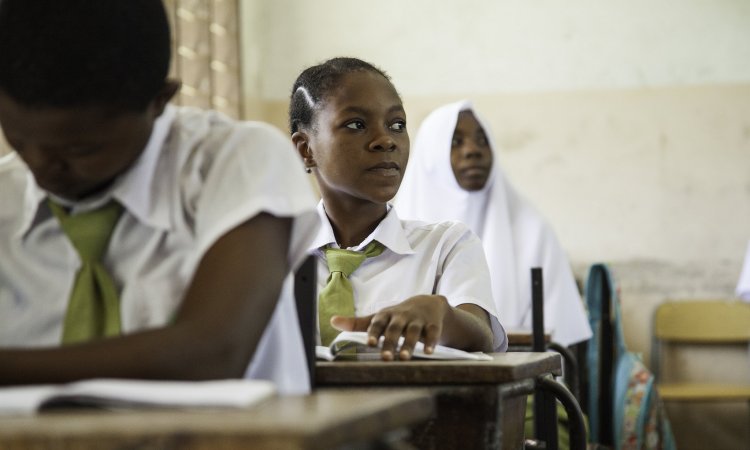 At the Mtakuja Secondary School in Dar es Salaam, USAID supports education through the provision of textbooks. The Let Girls Learn initiative in Tanzania will build on the country's educational progress to date, particularly for adolescent girls.

Tanzania and Malawi will both receive funding as the first two priority countries under the Let Girls Learn initiative, launched in 2015 by U.S. President Barack Obama and First Lady Michelle Obama. At a workshop held from May 10-12 at the White Sands Hotel in Dar es Salaam this week, the U.S. Agency for International Development (USAID) convened local and international development experts, potential donors, and government leaders from Tanzania and Malawi to co-design a series of innovative solutions that will help adolescent girls in both countries attain a high-quality education.

“The Let Girls Learn initiative puts girls at the center of our efforts to improve educational and development outcomes around the world,” said Susan Markham, USAID Senior Coordinator for Gender Equality and Women’s Empowerment. “By focusing on the unique needs of adolescent girls, we can more effectively address the many barriers they face to accessing the education they deserve.”

At the workshop, participants discussed ways to change the perception of the value of girls at the individual, community, and institutional levels; foster an enabling environment for girls to go to school; and identify ways to engage and equip girls to make life decisions and important contributions to their societies. The strategies developed at the workshop will form the basis for potential future interventions in Tanzania and Malawi to help adolescent girls successfully pursue quality education and healthy behaviors.

Globally, more than 62 million girls are out of school, resulting in tremendous losses to families, communities, and economies. Girls who do attend school earn more money, have children later in life, and are less likely to contract HIV/AIDS. Every extra year a girl stays in school can increase her income by up to 25 percent and reduce the probability of infant mortality by up to 10 percent. In addition, educated women invest 90 percent of their income into their families and are more than twice as likely to send their own children to school.

Let Girls Learn is a U.S. whole-of-government initiative that leverages the expertise and resources of USAID, the White House, the Peace Corps, and the Department of State. This week’s workshop reflects the U.S. Government’s continued commitment to Tanzania’s and Malawi’s development and to helping partner governments achieve their goals of increasing access to and improving the quality of their education systems and overall educational outcomes.

“We know that to educate a girl is to build a healthier family, a stronger community, and, over the long term, a more resilient nation,” said USAID Tanzania Acting Mission Director Daniel Moore. “That’s why improving girls’ access to education is one of the best investments we can make to ensure sustainable development in Tanzania, Malawi, and beyond.”