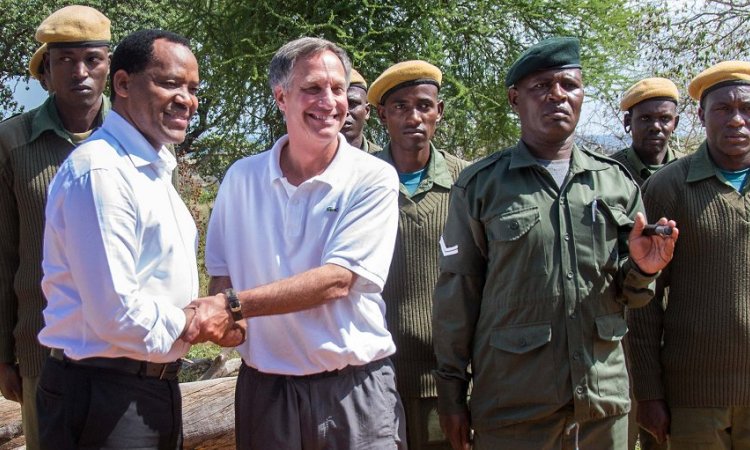 On Monday, June 22 the U.S. Government, through the United States Agency for International Development (USAID), officially launched the PROTECT Project (“Promoting Tanzania’s Environment, Conservation, and Tourism.”)  The launch, which took place at the Treetops Lodge in the Randilen Wildlife Management Area (WMA) adjacent to Tarangire National Park, was presided over by U.S. Ambassador Mark Childress and the Minister of Natural Resources and Tourism Lazaro Nyalandu and attended by various conservation stakeholders including Randilen Village Game Scouts.

PROTECT is a $14.5 million five year project that will be implemented by Engility/IRG.  PROTECT aims to improve capacity for conservation and to combat wildlife poaching and trafficking throughout Tanzania.  Components of the project will strengthen policies and institutions to effectively manage wildlife resources, enhance the effectiveness of the law enforcement sector to arrest and prosecute poachers and wildlife traffickers, and encourage cooperation between civil society and the government.

Speaking at the launch event, Ambassador Childress noted that PROTECT will respond in the short term to the immediate poaching crisis, while laying the groundwork for long term success in the fight against wildlife trafficking and the conservation of wildlife and biodiversity overall.

PROTECT will also provide support to WMAs by enhancing local expertise and improving the ability of communities to manage their resources.  In addition, small grants totaling $2.75 million will be disbursed over the five years of the project.  These grants will promote promising or innovative solutions for improved wildlife management; strengthen key partners in their ability to carry out their conservation mandates; and provide incentives for private investment in

In addition to PROTECT, Ambassador Childress also announced the upcoming “Endangered Ecosystems Northern Tanzania Project,” which will officially launch later this year.  That project will provide more than $14 million over five years to strengthen anti-poaching incentives and provide direct support to WMAs, communities, and tourism operations for improved wildlife management in northern Tanzania.

At the conclusion of the event, Ambassador Childress and Minister Nyalandu also signed an Memorandum of Understanding to establish future projects designed to support Tanzania’s efforts to combat wildlife trafficking.