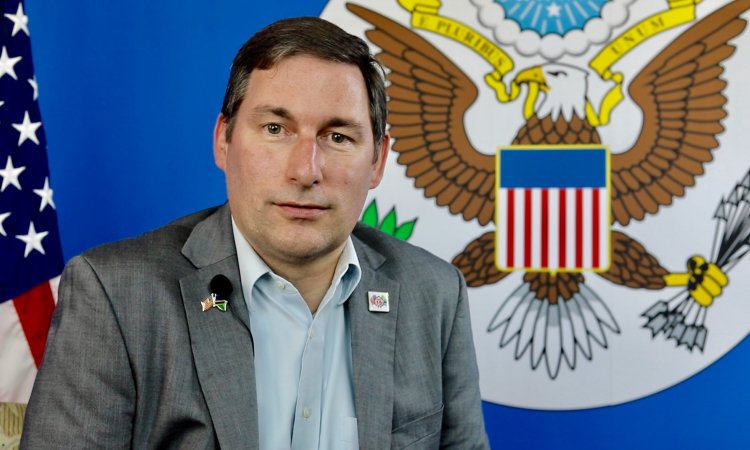 Fifteen years ago when the United States President’s Emergency Plan for Aids Relief, or PEPFAR for short, began, HIV was a death sentence in Tanzania as it was in many parts of the world. Today, we are closer than ever to controlling the HIV pandemic.

Since PEPFAR began, the generosity of the American people has cut AIDS-related deaths of Tanzanians by 70% and halved the rate of new infections, preventing more than one million potential infections and close to 700,000 deaths.

We should celebrate these success, but we should still remember that there is more to be done in our fight against HIV and AIDS in Tanzania.  Almost half of all Tanzanians who are living with HIV do not know that they have HIV and are unable to access life-saving treatment. Encouraging testing for groups with the greatest risk of infection, including men, adolescents, drug users, and sex workers, is critical to confronting HIV and AIDS.

Stigma and discrimination, however, persists, whether through antagonistic public statements by political leaders or the targeting, harassment, and arrest of key populations. Ending the HIV epidemic in Tanzania is an achievable goal. But it will be impossible if disruptive actions continue.

Together, our aim should be to increase HIV prevention efforts and to get everyone tested so that those people living with HIV can benefit from lifesaving treatment.  We stand ready to support the adoption of an HIV self-testing policy in Tanzania.  An AIDS free generation is possible.

We need to celebrate and be proud of every person who gets tested, because when someone chooses to do so, they are taking a proactive role in their health by helping themselves, their families, and their communities.

When someone is treated with this lifesaving medication, they can no longer spread HIV to others.  In other words, by choosing to get tested and treated, people improve not just their health but the health of their families and their communities.

Do you know your status? Remember, getting tested is like taking off a blindfold.  It doesn’t change whether you have HIV or not.  But getting tested is the first step towards living a full and active life, and stopping the spread of HIV to others.

Encourage others to know their status as well. Talk about HIV with your friends, with your religious and community leaders, with your family, and with your health care provider.

These open communications about HIV and AIDS are the first step on a stronger path to our goal of zero new infections, because in order to reach and support everyone who may be afraid of getting tested, we must reach zero stigma.

There are 13 countries around the world currently poised to defeat the threat of HIV and AIDS by 2020. Tanzania can be one of those countries, but it is behind others in the region.  Much more needs to be done to get to the three zeros: zero deaths, zero new infections and zero stigma, so as we commemorate World AIDS Day today, let’s celebrate how far we have come and recommit ourselves to ensuring that Tanzania can get on that list.

The United States of America remains a proud partner for the Tanzanian people, committed to deepening our inclusive, people-to-people cooperation to build a safe, prosperous, and healthy Tanzania for all Tanzanians.