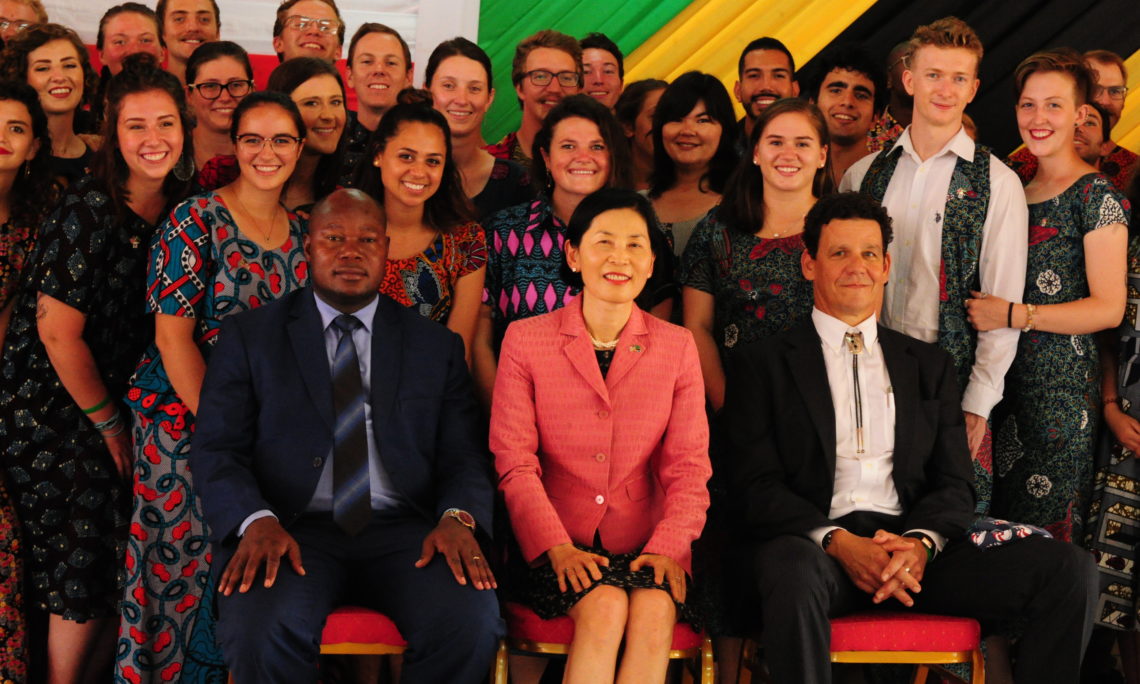 Dar es Salaam, TANZANIA. On April 17, 2019, the United States Embassy Chargé d’Affaires Dr. Inmi Patterson presided over a swearing-in ceremony for fifty-nine United States Peace Corps Volunteers committed to two years of service in the Health and Agriculture sectors. The Volunteers will be stationed in 35 districts across Tanzania.

Chargé Patterson administered the official oath of service to the new Volunteers in the presence of the guest of honor, Deputy Minister of State in the President’s Office (Regional Administration and Local Government), Hon. Mwita Mwikwabe Waitara.  Other Tanzanian Government officials, former Peace Corps Volunteers, officials from partner volunteer agencies, and families who hosted volunteers also attended the ceremony.

Chargé d’Affaires Patterson addressed the volunteers, saying: “Through this program, you will affect change both in the Tanzanians you work with and in yourselves. And while there is a possibility that you may be the first American your Tanzanian colleagues or neighbors have met, it is a certainty that you will remain forever in the minds of those Tanzanians as a representative; an exemplar of the American people and of the enduring partnership between Americans and Tanzanians.”

Over 3,000 Peace Corps Volunteers have served in Tanzania since 1961.  The Peace Corps provides trained American volunteers who work with communities in the fields of secondary education (math, science, and English), agriculture, health promotion, and environmental education.