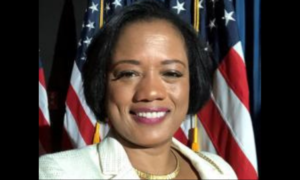 DAR ES SALAAM, Tanzania–On Tuesday, U.S. Deputy Assistant Secretary of Commerce for the Middle East and Africa, Camille Richardson, convened a virtual meeting to help facilitate the development of partnerships between women entrepreneurs in the United States and Tanzania.

The “Connecting with Women Entrepreneurs in Tanzania & Beyond” event hosted by Deputy Assistant Secretary Richardson was the 11th  session in the ‘Women Empowered Leave Legacies Through Trade and Investment’ (WELLTI) Coffee Chat series. The Tanzania Coffee Chat reflects the importance that the U.S. Department of Commerce places on the commercial relationship between the United States and Tanzania and is a follow-up to Deputy Assistant Secretary Richardson’s virtual visit to Tanzania from July 22-23, 2021.

“Women entrepreneurs and innovators are an incredible resource that is ripe for business partnerships,” Deputy Assistant Secretary Richardson said, noting that “U.S. government-sponsored exchange programs can be utilized to tap into this important source of for market intelligence, access to supply chains, and representatives for American products in Tanzania.” 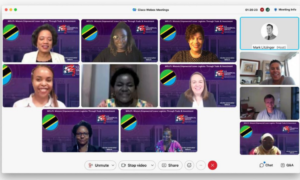 During the event, a group of Tanzanian businesswomen shared market insights with more than 125 U.S. companies interested in exploring business opportunities in the region. Carol Ndosi, Co-Founder, The Launch Pad Tanzania moderated a panel consisting of Dr. Victoria Kisyombe, Founder and CEO, SELFINA; Miranda Naiman, Founding Partner, Empower; and Mercy Kitomari, Founder and CEO of Notre Heritage Ltd. The speakers highlighted the power of women entrepreneurs to create advantages for U.S. companies entering or expanding in the Tanzanian market. U.S. firms are particularly well placed to tap into this resource due to the extensive network of alumni of exchange programs in Tanzania and throughout Africa.”  This alumni network includes the Young African Leaders Initiative (YALI), Mandela Washington Fellowship and the Academy for Women Entrepreneurs (AWE).

U.S. and Tanzanian business connections run deep with over 60 years of bilateral relations, which the two countries are celebrating this year. U.S. firms currently have $1.5 billion in investment in Tanzania employing 2,000 workers. Total trade (exports plus imports) between the U.S. and Tanzania totaled $364 million in 2020, making the United States Tanzania’s the third largest bilateral trade partner outside of Africa, and fifth overall. These trade and investment figures demonstrate the need for increased local partnerships, which Tanzanian women entrepreneurs can play a leading role.

Launched in January 2021, the U.S. Department of Commerce’s WELLTI series is a platform to connect women entrepreneurs in the United States and international markets. Over the past year, this initiative has grown rapidly across the Middle East region and will culminate in an event led by U.S. Secretary of Commerce Gina Raimondo on International Women’s Day in March 2022 at the Dubai World Expo Pavilion.

About the International Trade Administration:
The International Trade Administration (ITA) at the U.S. Department of Commerce is the premier resource for American companies competing in the global marketplace. ITA has more than 2,200 employees assisting U.S. exporters in more than 100 U.S. cities and 75 markets worldwide. For more information on ITA visit www.trade.gov.