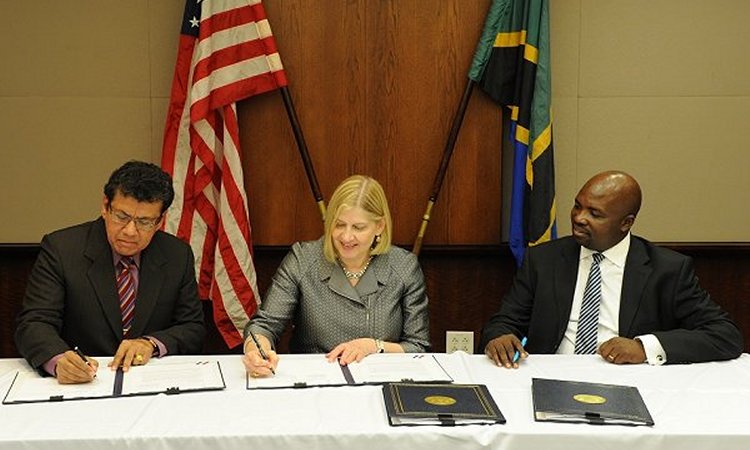 Representatives from USTDA at the grant signing ceremony.

Leocadia Zak, Director of the United States Trade and Development Agency (center), and Sayan Chakraborti, Senior Program Manager of MRIGlobal (left), sign the Lake Victoria Islands Minigrid Feasibility Study grant with Rex Energy Director, Francis Kibhisa (right) at the U.S. Embassy in Dar es Salaam on June 29, 2015.  This grant will fund a feasibility study and pilot project that will support the development of a 2 MW hybrid solar PV minigrid in Tanzania’s northern Lake Victoria region, and is a public-private partnership between the U.S. government,  MRIGlobal (a U.S. company) and Rex Energy (a Tanzanian company).