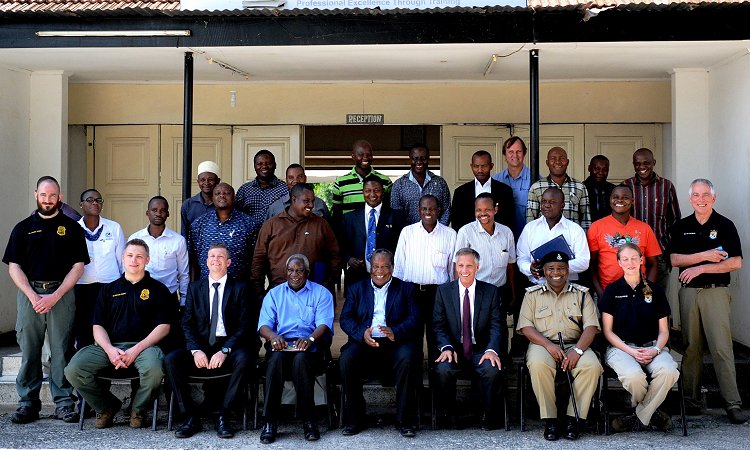 On May 6, 2016, U.S. Ambassador Mark Childress gave remarks at the closing ceremony for the “Wildlife Crime Scene Investigation Course.”  Trainers from the U.S. Fish and Wildlife Service conducted a five day  course for twenty-two investigators who work with Tanzania’s National Transnational Serious Crimes Investigation Unit.  The diverse class included investigators from Tanzania Police Force, the Wildlife Division of the Ministry of Natural Resources and Tourism (MNRT), the Tanzania People’s Defense Forces, and the Police Academy.  The purpose of the course was to teach proper evidence collection and handling of DNA samples, firearms, and electronic devices.  The PAMS Foundation funded the training and supplied equipment to complete evidence collection kits which will be distributed for use in the field.  In his remarks, the Ambassador commended the participants for their work and dedication, emphasized the critical importance of sound evidence collection practices, and highlighted the U.S. government’s strong and ongoing partnership with Tanzania in the fight against wildlife trafficking and poaching.