United States, Tanzania Celebrate Achievements in the Fight Against Malaria 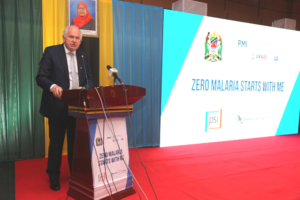 Over 45 million people are at risk of malaria in Tanzania due to the climate and topography. The U.S. government through PMI has played a key role in reducing malaria prevalence from 18% in 2015 to 7%, according to the latest available data. However, more efforts are needed to achieve elimination.

Since 2006, the U.S. government has contributed more than $661 million through PMI to combat malaria in Tanzania. U.S. investments in malaria have helped strengthen Tanzania’s health system as a whole, and proven essential to tracking the incidence, distribution, and control of malaria. By reducing the prevalence of malaria in Tanzania, the burden is lifted off of families, allowing adults to work and children to attend school. 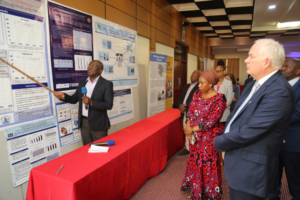 The two new activities Shinda Malaria (“Defeat Malaria”) and Dhibiti Malaria (“Control Malaria”) were designed in close collaboration with both the Mainland and Zanzibar Ministries of Health and are indicative of the approach that the United States government, through the U.S. Agency for International Development (USAID), takes with partner countries to ensure U.S. foreign assistance aligns with Tanzanian priorities.

Speaking at the event, Ambassador Wright remarked; “The U.S. government is committed to pursue strong collaboration and partnership with the National Malaria Control Program and civil society, as we do with the people, institutions, and Government of Tanzania. Moving forward, we must continue to strengthen health systems, reinforce, and amplify Tanzania’s efforts to end this deadly, yet entirely preventable, disease.”