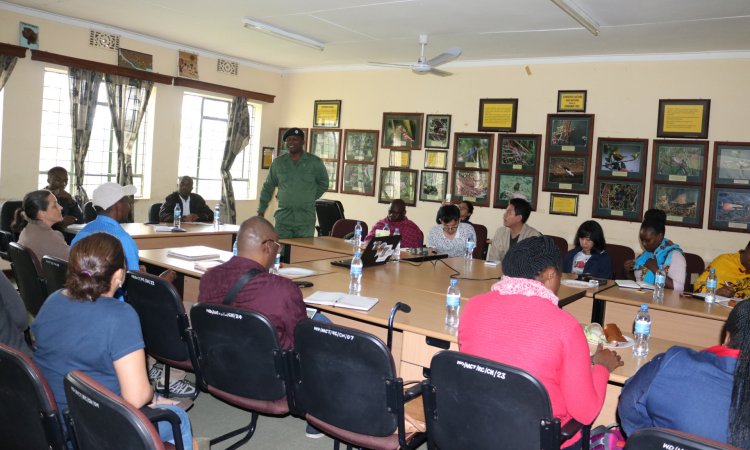 The United States sponsored a newly formed cohort of Tanzanian and Thai journalists to learn more about conservation successes and the wildlife trafficking supply chain in source, transit and destination countries. The cohort travelled in Tanzania from June 8 to 17, marking the beginning of the Africa-Asia Journalist Exchange Program.

The program, funded by the United States through the United States Agency for International Development (USAID), provides an opportunity for environmental journalists to increase the quality and quantity of their media reports on wildlife trafficking. It will help build relationships between media houses in Tanzania and Thailand and contribute to developing a network of environmental journalists working together to report on conservation issues and wildlife trafficking.

The journalists met with conservation professionals and subject matter experts from various government agencies and other organizations, including the Ministry of Natural Resources and Tourism, the Ngorongoro Conservation Area Authority, the National Prosecution Service, the Tanzania Ports Authority, the Tanzania Tourism Board, and TRAFFIC. The journalists learned about conservation successes achieved in Tanzania, the context in which wildlife trafficking occurs and how it impacts communities.

The journalists visited the Zonal Anti-Poaching Unit in Arusha to learn how it combats wildlife crime and the challenges it faces in the field. They traveled to the Burunge Wildlife Management Authority to see how wildlife issues are managed at the village level. The journalists then visited the Ngorongoro Conservation Area to witness and report on the wildlife in their natural habitat and efforts to prevent poaching in the area. While there, they met with a Maasai community to hear about their involvement in tackling these issues.

The second part of the exchange will take place in August 2019 when the Tanzanian journalists will visit Thailand to learn more about the wildlife trafficking markets in Asia and how relevant agencies work to combat wildlife crime.

This activity is supported by two USAID projects: In Tanzania, the USAID Promoting Tanzania’s Environment, Conservation and Tourism (PROTECT) project, and in Thailand, the USAID Wildlife Asia Activity.