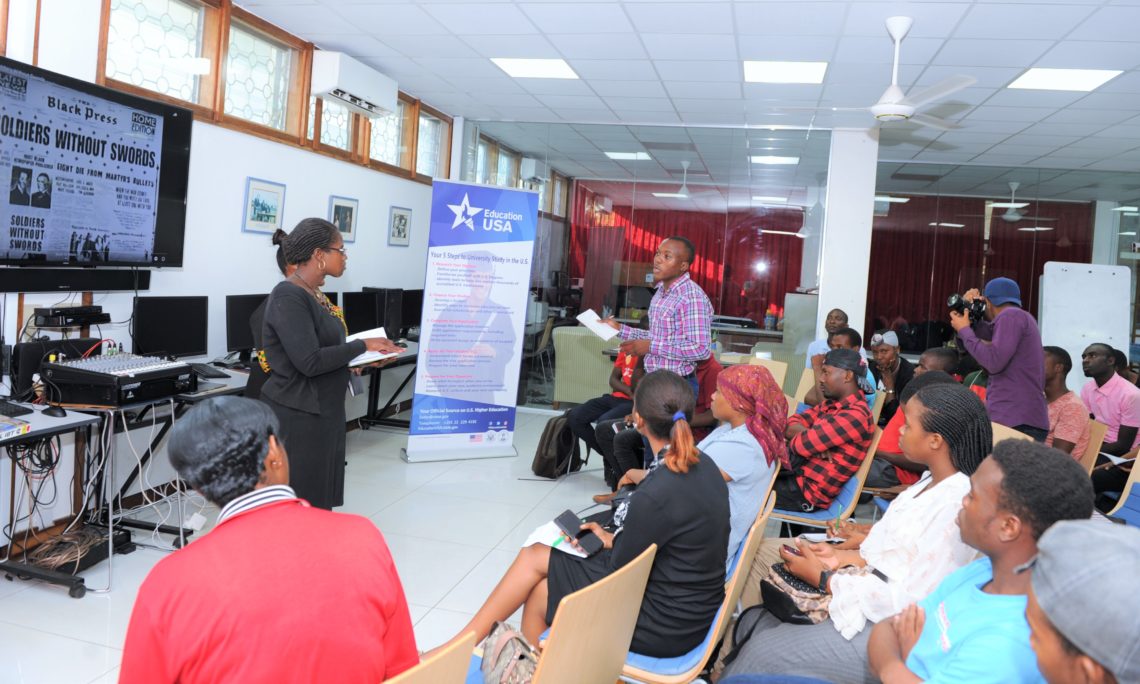 On Friday, Feb 21, 2020, in honor of Black History Month, the U.S. Embassy in Dar es Salaam hosted 50 students and two lecturers from the Dar es Salaam School of Journalism for a screening and discussion on the documentary “The Black Press: Soldiers Without Swords.”  The documentary tells the story of the pioneering men and women of the Black press who gave voice to Black Americans after centuries of being marginalized and oppressed.

U.S. Embassy Public Affairs Officer Brinille Ellis led the discussion, providing students with background information and answering questions on American history and democracy. In the words of one student, “the Black Press was an activist press. It used the press to contribute to strengthening the American democracy and to increase political and social inclusion.”

Carter G. Woodson, a noted scholar and historian, first instituted “Negro History Week” in 1926, which later developed into Black History Month. Mr. Woodson chose the second week of February to coincide with the birthdays of President Abraham Lincoln and the abolitionist Frederick Douglass. The celebration was expanded to a month in 1976, during the bicentennial celebration of the United States. Each February, Black History Month honors the struggles, triumphs, and contributions of millions of American to the nation’s cultural and political history and culture.