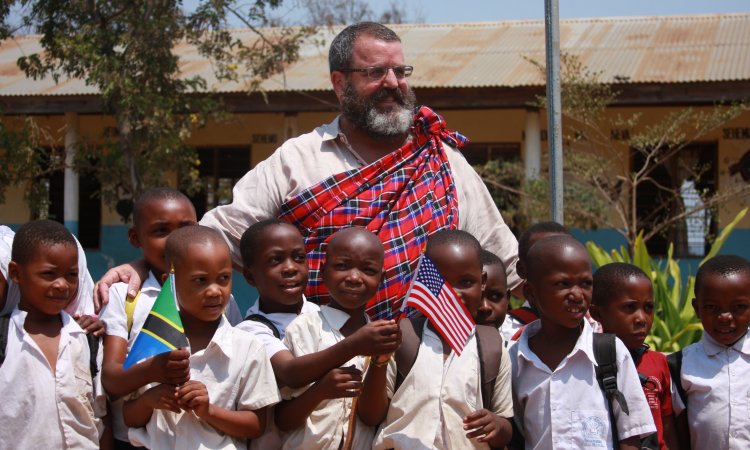 Dar es Salaam, Tanzania: Andy Karas, Country Director of the United States Agency for International Development (USAID) in Tanzania traveled to sites throughout Morogoro October 17-20 to observe USAID’s programmatic impact in the region and to engage with partners and beneficiaries. The visits to USAID programs in the region reflected the wide reach of U.S. Government-funded initiatives in Tanzania, covering sectors including agriculture, nutrition, education, health, women and youth, and good governance.

Morogoro has long been a focus of U.S. Government development assistance for its agricultural potential, educational institutions, and strategic proximity to transportation infrastructure. The region is home to one of USAID’s first assistance programs in Tanzania—the establishment of Sokoine University of Agriculture—where Country Director Karas toured a new USAID-supported ICT lab and met with graduate student beneficiaries of the Innovative Agricultural Research Initiative (iAGRI), a former USAID-funded project.