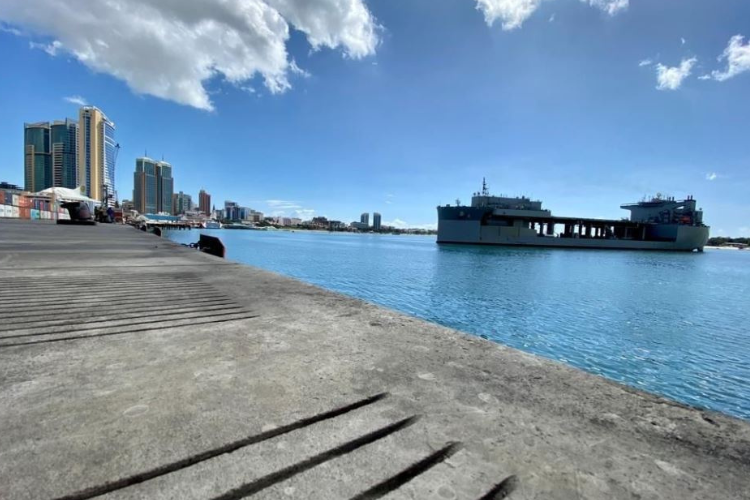 “Tanzania is a key partner for the U.S. to continue its promotion of peace and regional stability throughout East Africa,” said Capt. Chad Graham, commanding officer of the Hershel “Woody” Williams. “We’re very appreciative of Tanzania for allowing us to make this port visit as we continue operations along the coast.”

This marks the first port visit by a U.S. ship in more a decade. U.S. Ambassador to Tanzania Donald Wright said the visit of the USS Hershel “Woody” Williams demonstrates the strength of the security cooperation relationship between the United States and Tanzania.

“Security cooperation is a pillar of the U.S.-Tanzania bilateral relationship. Tanzania plays a leading role in promoting peace and security in the region, and we are grateful that our security forces have such a close and productive partnership,” Wright said.

Tanzania is an important partner in maintaining peace and stability in the Western Indian Ocean. Additionally, Tanzania participated in exercise Cutlass Express in February 2022, a multinational maritime exercise held in East Africa and the Western Indian Ocean. These types of exercises strengthen partnerships and allow countries to work more closely on shared transnational maritime challenges.

USS Hershel “Woody” Williams is the first warship permanently assigned to the U.S. Africa Command area of responsibility. The U.S. shares a common interest with African partner nations in ensuring security, safety, and freedom of navigation on the waters surrounding the continent, because these waters are critical for Africa’s prosperity and access to global markets.

USS Hershel “Woody” Williams is a Lewis B. Puller-class expeditionary sea base (ESB 4). The ESB ship class is a highly flexible platform that may be used across a broad range of military operations. Acting as a mobile sea base, they are part of the critical access infrastructure that supports the deployment of forces and supplies to support missions assigned.

For over 80 years, U.S. Naval Forces Europe-U.S. Naval Forces Africa (NAVEUR-NAVAF) has forged strategic relationships with our allies and partners, leveraging a foundation of shared values to preserve security and stability.