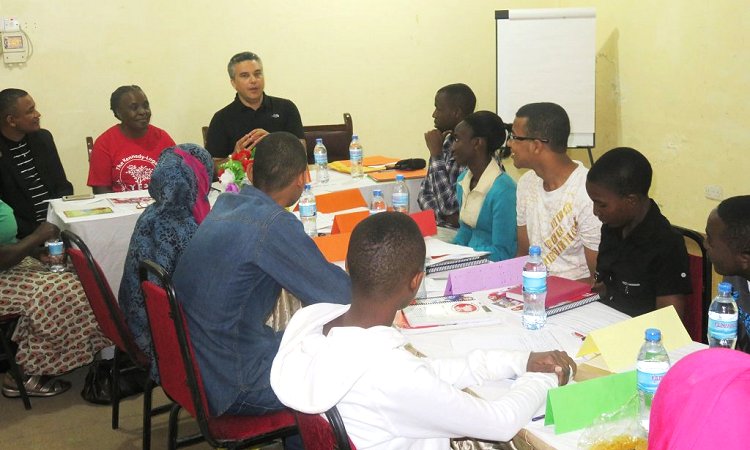 Dar es Salaam, TANZANIA.  Eighteen Tanzanian Secondary School students from Zanzibar and the mainland have been selected to live and study in the United States for one academic year from August 2016 to June 2017.  The students left Tanzania on August 8, 2016 to begin their experience in the U.S.

Through the U.S. Department of State’s Kennedy-Lugar YES program, foreign secondary school students live with American host families, attend high school and engage in activities to learn about American society.  Students also acquire leadership skills and help Americans to learn more about their country and culture.  While in the U.S., the students perform two hours of community service each month to get exposed to the benefits of volunteerism and civic engagement, and enhance their ability to contribute to their communities when they return home.

A total of 800 Tanzanian students with the highest academic achievement in the Form II National Examinations were selected to compete for the YES program, out of which 18 were selected as participants during academic year 2016-2017.

Of the 18 Tanzanian students, eight are from Zanzibar and 10 are from the mainland.   In Arusha region, students come from Canalland, Ilboru, Akeri, and Ailanga Lutheran Seminary.  From Morogoro region, they come from Kilakala, Mgulani, Kola Hill and Mzumbe secondary schools. Students from Zanzibar were selected from Lumumba, Laureate, High View, Glorious, Filter, Trifonia, Konde and Vikokotoni Secondary Schools.

The U.S. Department of State’s Bureau of Educational and Cultural Affairs created the Kennedy-Lugar YES program in 2003 to enhance mutual understanding and build bridges between citizens of the U.S. and countries around the world.  The program for Tanzanian students is conducted in partnership with the U.S. Embassy in Dar es Salaam through an American non-profit organization called the Iowa Resource for International Service (IRIS). A total of 183 Tanzanian secondary school students have participated in the YES program since its introduction in Tanzania in 2006.

For additional information on other youth exchange programs sponsored by the American people through the U.S. Department of State, please go to http://exchanges.state.gov/youth/index.html